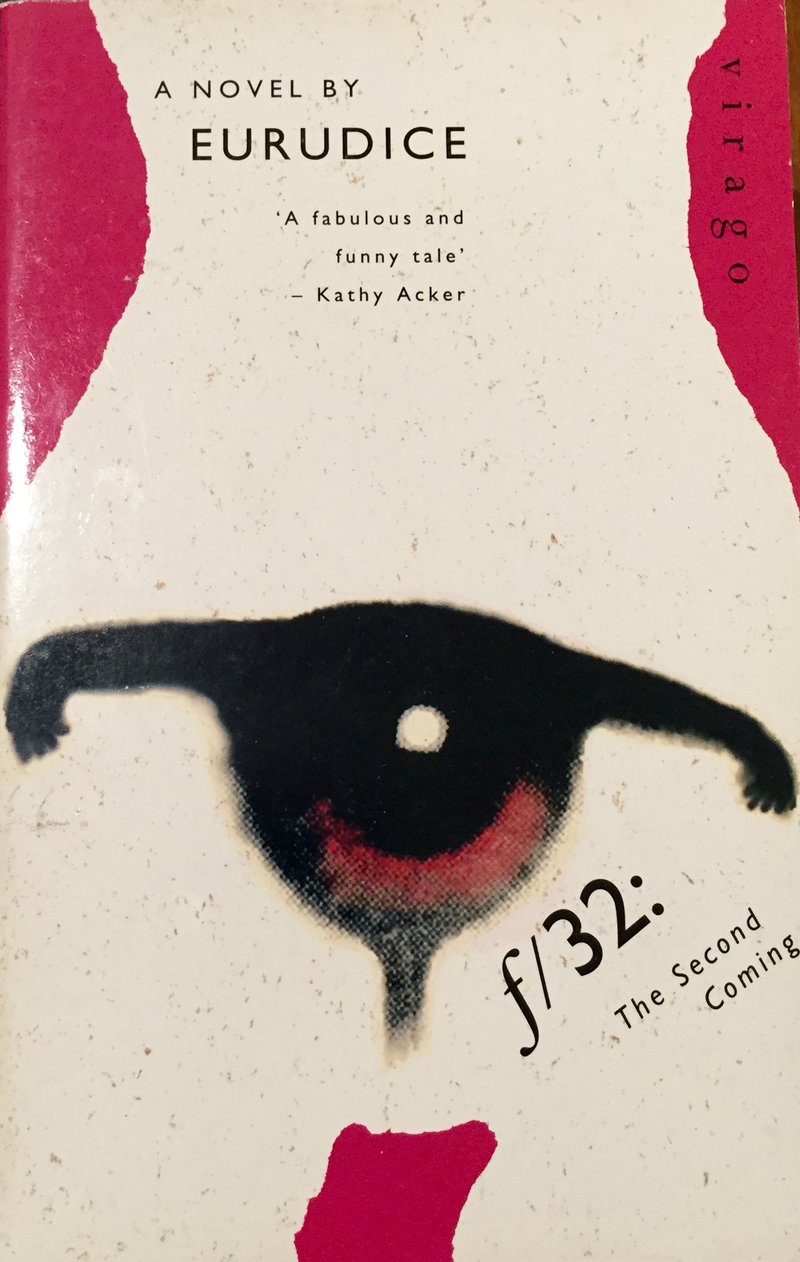 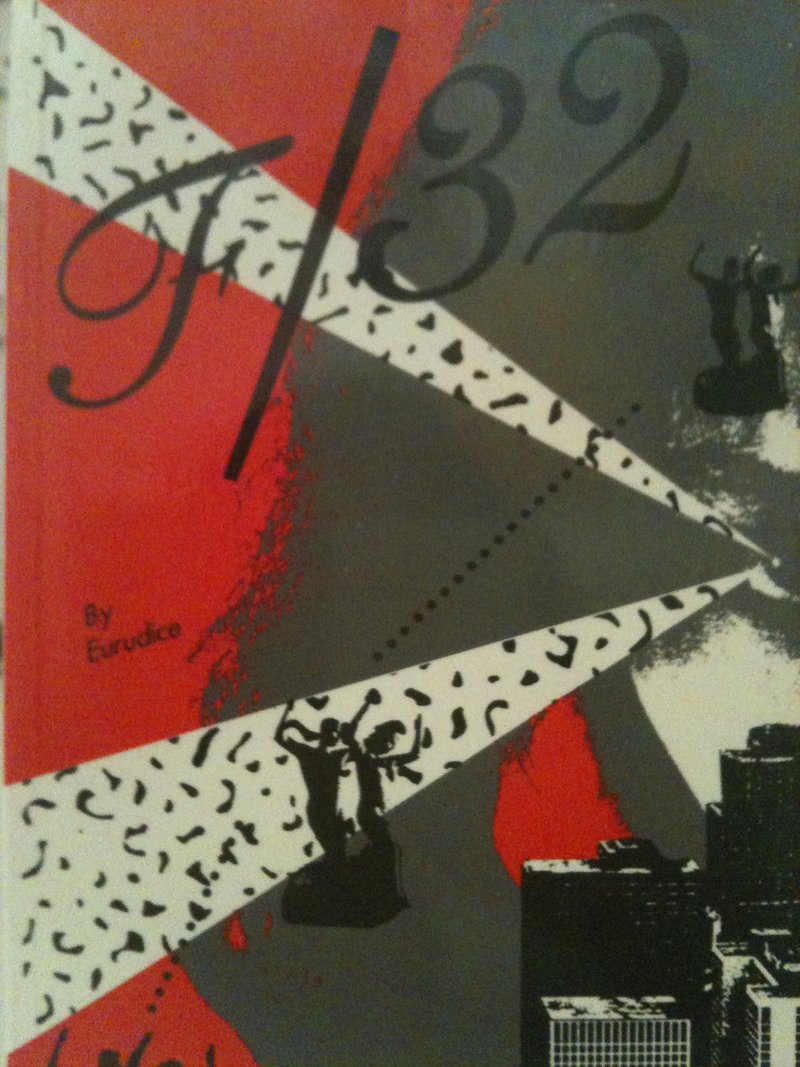 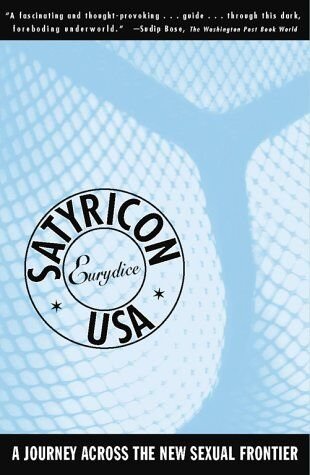 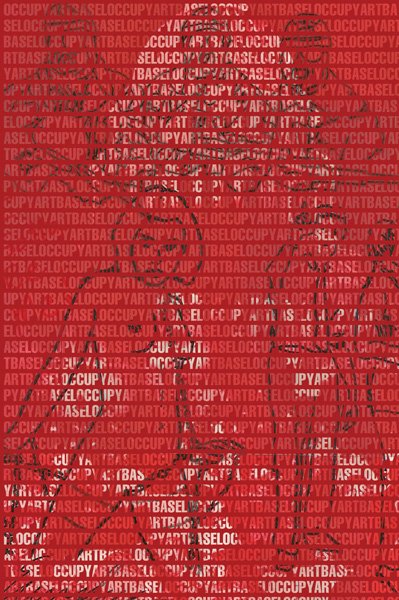 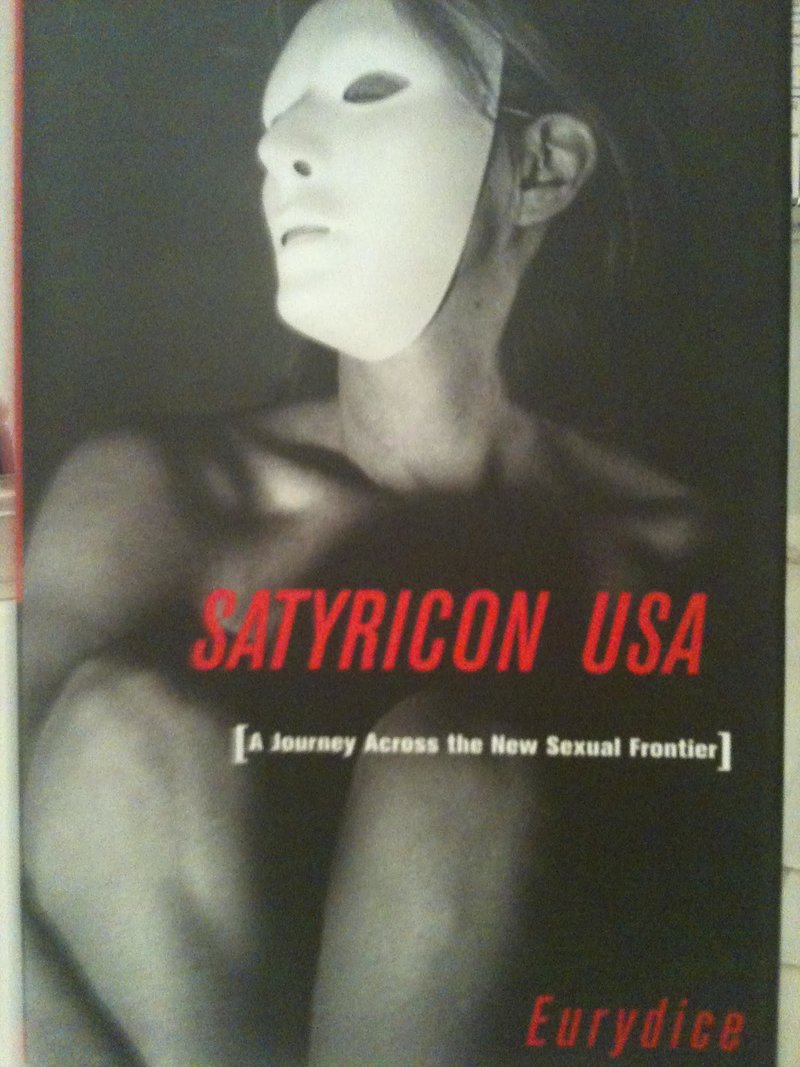 Eurydice is currently working on a coming-of-age memoir titled LESVOS, MY LOVE (LINK TO WWW.lesvosmylove.com) and on a novel titled EHMH, ANATOMICAL PROPHECY. LESVOS MY LOVE is a giddily funny & hauntingly horrific memoir. It is the story of a repeated Exodus as the narrator’s Sentimental Education, and her escape from conflict—the conflict between memory & loss, self & tribe, duty & desire, destiny & individual freedom. It is the story of the journey of a modern refugee who represents the refugee in all of us. Her story covers four generations & four continents, six languages & currencies, incest, murder, political torture & exile, corporeal punishment, eating disorder, sexual addiction, drug addiction, & a plethora of sexual identities. Every chapter describes the narrator’s trial by fire through a body with whom the narrator is intimate & whose drama reminds her of scenes from her past, helping her unravel the plot of life. Every chapter is framed by the real-time refugee crisis on Lesvos & by attacks of the evil eye that haunt the narrator, or by the developing war on terror & the narrator’s relationship with the male gaze (which she calls the gaze of Orpheus). Held up by the poles of seeing & being seen, Greece & America, the narrator inhabits a cyclical, overlapping time which is the daily perspective of her Hellenistic culture. Obsessed with dates, in an effort to structure the irrationality of history (facts) & its interpretations (readings or superstitions), the narrator lives by the ancient Greek understanding that there is no dichotomy between sex & god, eros & thanatos. On her quest for freedom, the narrator abandons every social group she joins & loses every connection she makes until she finds moral clarity. Eurydice has been writing this memoir in real time on an iPhone in the dark, with a growing child sleeping at her side, to whom she is telling the story of her heritage. English is her third language & the prose reflects the continuous state of translation we all live in.
EHMH was inspired by a number of coinciding events: the Waco tragedy whose flames proved how potent a 1,500-year-old text (St. John’s Apocalypse) can be; the civil war in Yugoslavia (the chetniks & UNPROFOR rapists), which revealed the propensity of the historical past to mess up the present in modern-day Europe; the Aum Shinrikyo cult who unleashed sarin in the subway, followed by Asahara selling his blood for millions of yen, & the sight of orange-suited police crews walking into the Tokyo subways like astronauts setting foot on a new planet; Tim McVeigh driving a Ryder truck filled with fertilizer & fuel into a govt skyscraper; a Greek legend known to all sailors about the immortal mermaid, Alexander the Great's sister, who meets ships at sea; & by her literary impulse to overturn the compulsory linear narrative & the patriarchal, canonical values of the traditional novel in order to weave a narrative free of conventional time & sequence. EHMH’s first chapter--the hypertextual exposition--pivots on a medical (viral) metaphor; the second chapter--the Dantean complication--develops a biological (anatomical) metaphor; the third chapter--the neo-biblical climax and denouement--is supported by a physics discourse (on black holes) which enables EHMH to become the New Jerusalem.  The protagonists are three women, Atalanta, Medea, & Pasiphae, whose distinct lives converge in their need for liberation from a life of absence; all eventually seek salvation by jumping into the sea. Atalanta is a woman who runs nonstop but cannot escape. Medea is an immigrant who shops nonstop in a consumer-mad West. Pasiphae is a successful professional woman who has sex nonstop. Atalanta represents the celestial, Olympian aspect; Medea reps the terrestrial, materialist instinct; Pasiphae reps the infernal, creative force. Together they form a human trinity populating the inner arteries of EHMH who reps the godhead. EHMH (Yahweh-gone-softporn Emmanuelle) is an immense mermaid whose body shelters history's disenfranchized, the countless victims, killers, prophets. The second chapter relates the voyage of the women who get drawn into the gargantuan EHMH & together they chart a hazardous course through her body until they reach her brain, where they blast open the abandoned safe of her consciousness. This initiates EHMH's decision to come out into the world. EHMH has a deep internal logic that drives her journey: she speaks for a world filled to capacity & cacophony & she looks for new harmony & new clarity. The third chapter describes the apocalyptic changes EHMH's shocking presence effects on the socio-political prejudices of the West (where she is treated alternately as God & Godzilla, & where the commodity value of EHMH’s blood grows exponentially), & culminates in a celebration of the end of history-as-we-know-it on EHMH's body-turned-city, capital of the new world.
In this world of ephemeral electronic transmissions & virtual realities, Eurydice believes that the novel can serve a Promethean purpose. Human logic cannot begin to fathom what human beings are capable of.  That is the difference between fact & fiction. Eurydice uses fiction as a communal healing rite that surpasses meaning in order to humanize fact & expand reason. Realist fiction attempts to homogenize us, to perpetuate the artificial stability of our civilization, to turn life into a summary in order to save the world from chaos. Language & narrative are the systems we made up to make sense of reality. The information highway is an indiscriminate equalizer. When fiction seems more realistic than reality, our writers are scared. In capitalism, power is in numbers, not in quality.  Sensationalism defines our democracy. All our words are euphemisms. Life is not the sum of its parts; if fiction is to explain life, it has to overcome its limits. There is no cause & effect in reality. We’re back to the world of Gods, where anything goes. 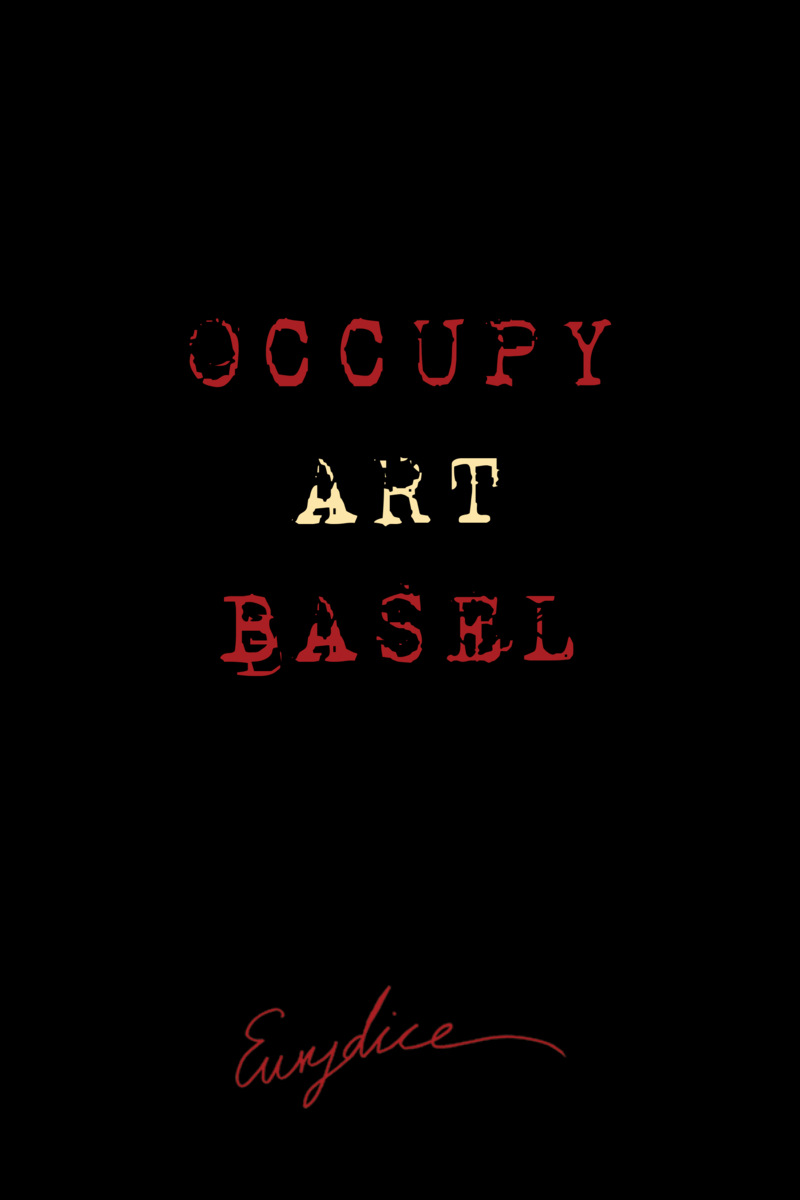 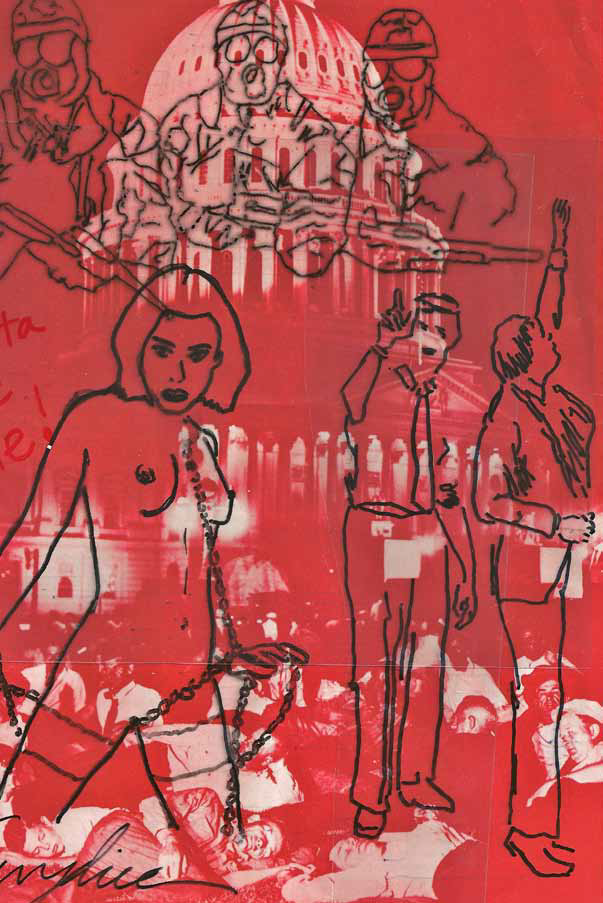 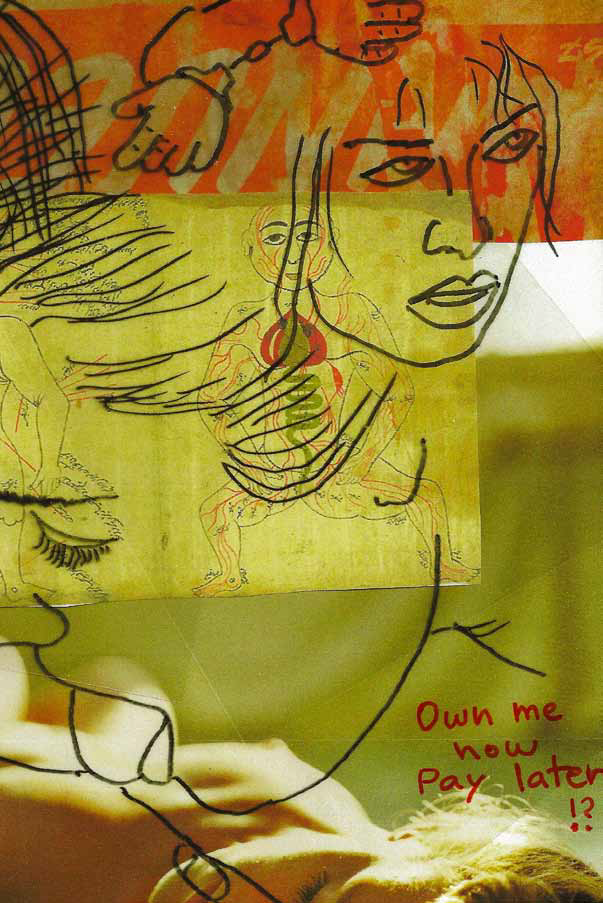 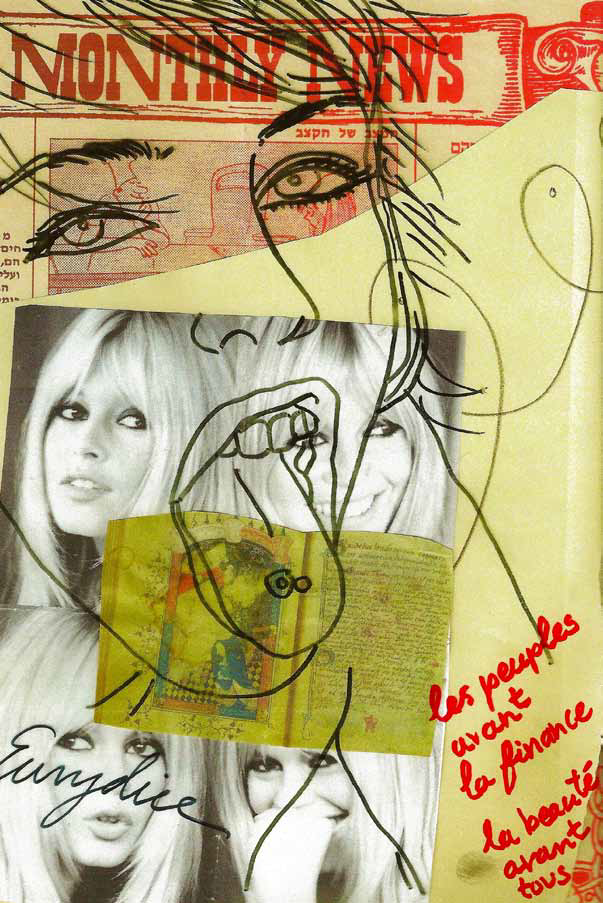 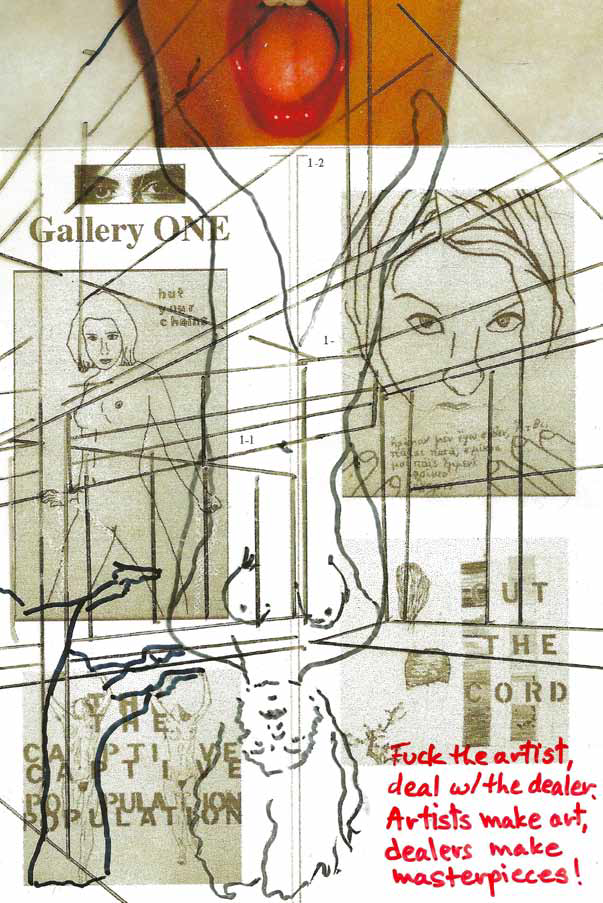 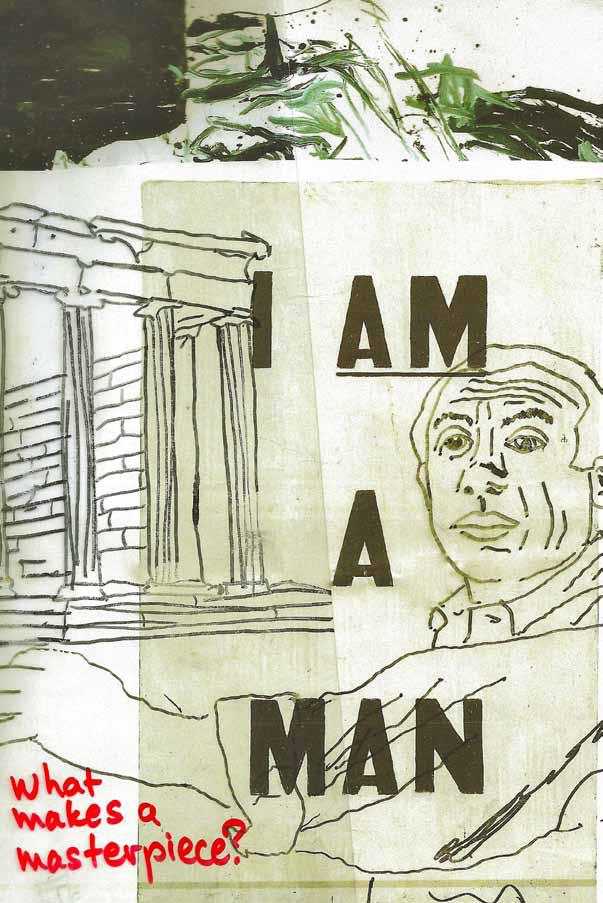 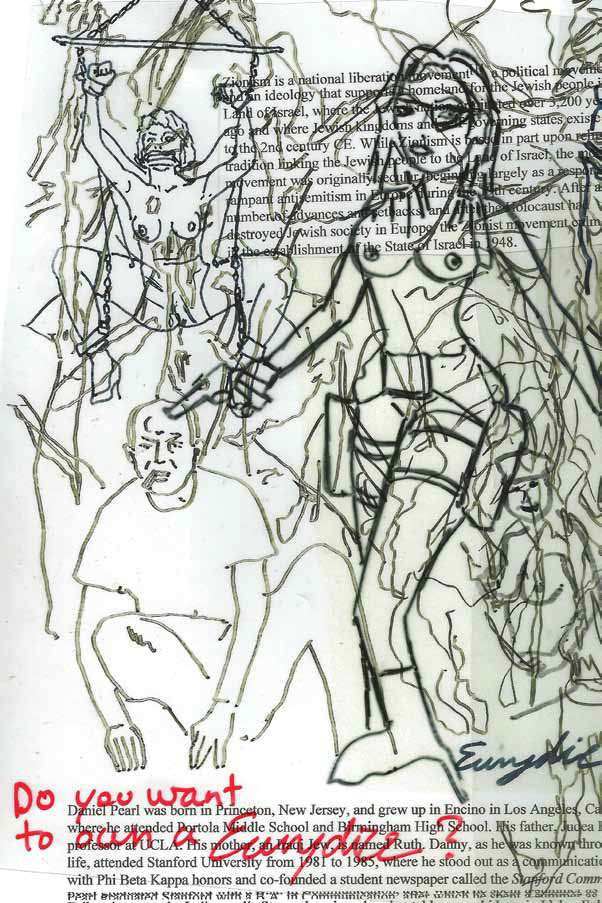 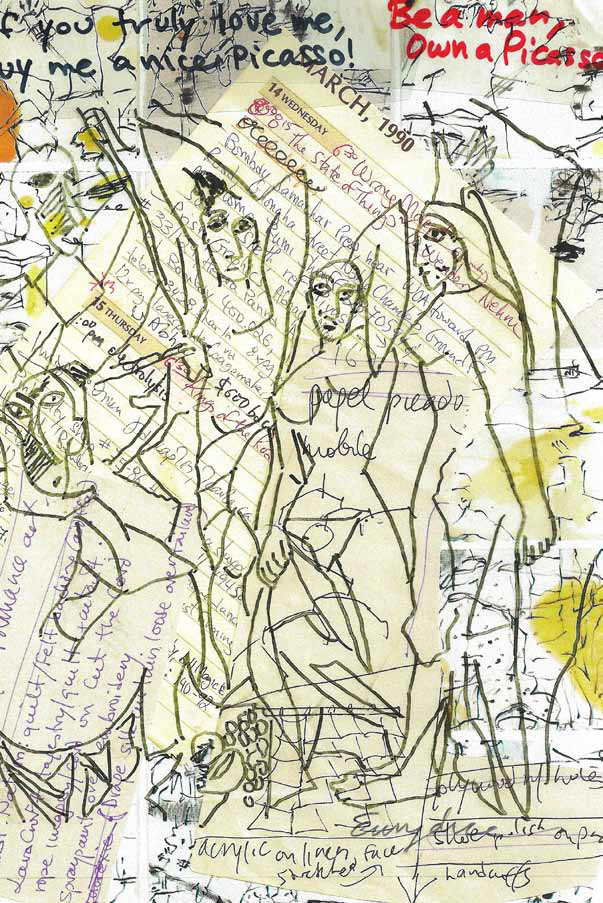 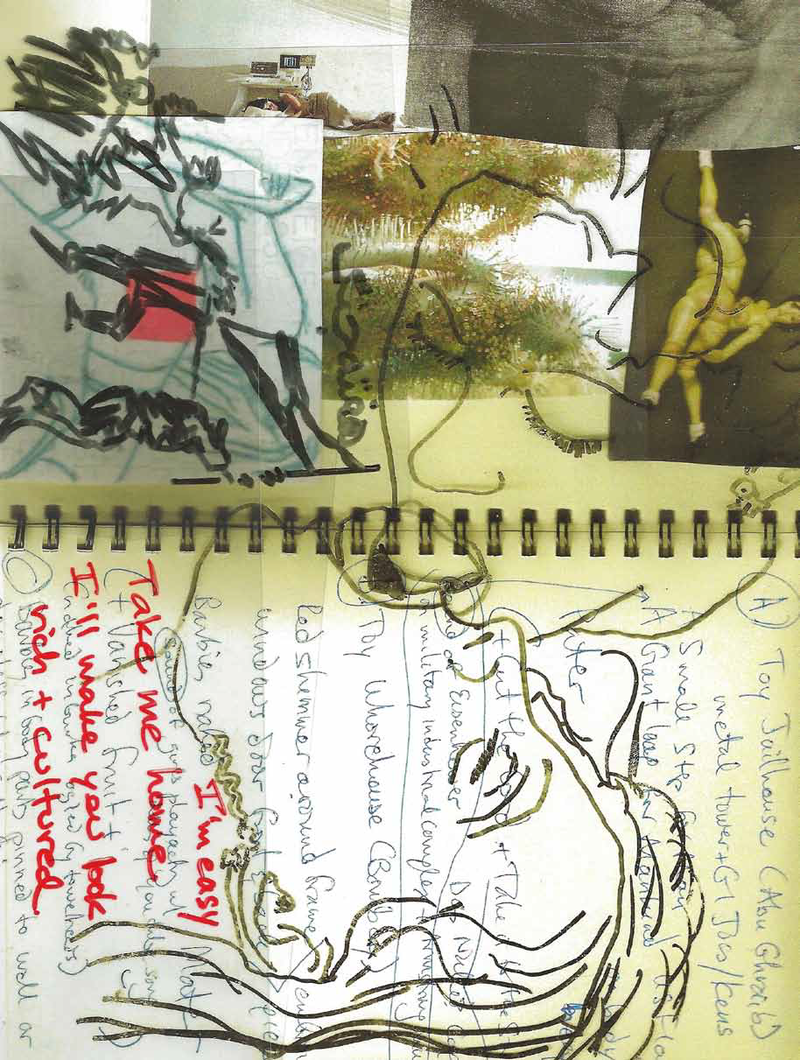 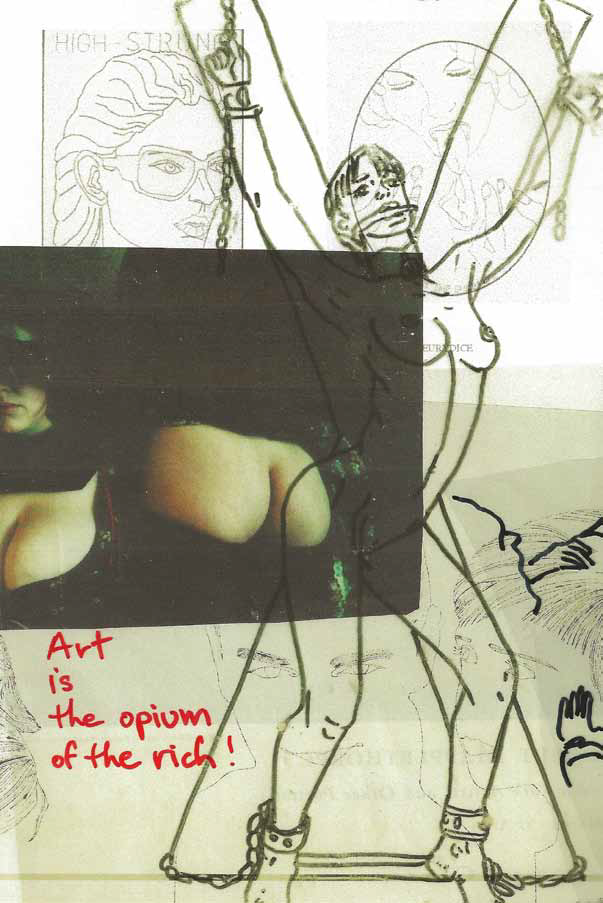 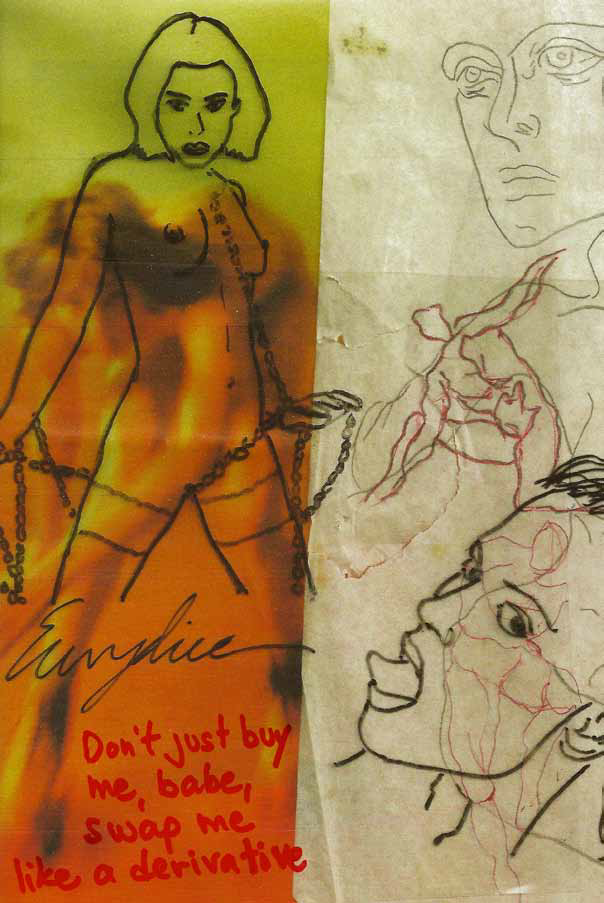 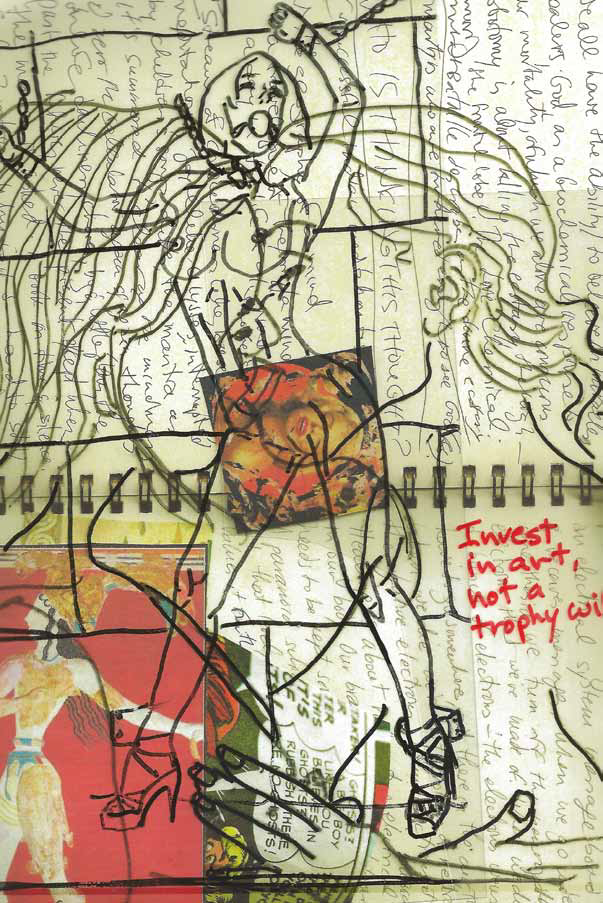 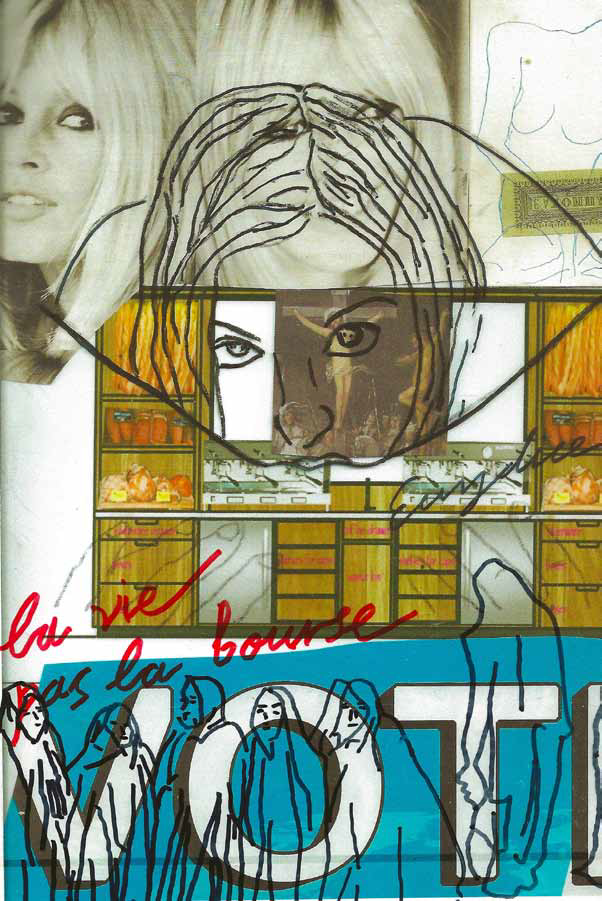